Blair brings to his current role of a Mediator, Facilitator and Conflicts Coach a background of over 40 years experience as a lawyer in general practice covering a broad range of family, property and commercial matters including employment, wills, trusts, estates, elder law issues, relationship and relationship property. This background together with his facilitative and transformative approach opens the way for parties to find new and positive ways forward in a process of resolution.

Blair was accredited as a mediator in 2003 and from then on but particularly from 2009 he became increasingly active as a mediator (whilst continuing his full-time role as a lawyer) mediating disputes covering relationship matters (neighbours and families), New Zealand Law Society disciplinary matters and commercial matters. In 2010 he was the only general practitioner appointed to the panel of mediators of the High Court mediation trial in respect of civil matters.

He was subsequently appointed to the Family Court panel of mediators and then having been accredited in 2014 for Family Dispute Resolution services (FDR) he acted regularly as a mediator in a large number of such disputes. In approximately 2015 he ceased practicing as a lawyer and has continued to mediate a large number of FDR disputes (over 20 matters per year with multi-sessions for each matter).

He has also continued to mediate other matters including those involving neighbour disputes, broader family and relationship disputes, issues arising between parties associated in a trust, relationship property disputes and commercial disputes. He has also facilitated meetings involving parties seeking a managed and controlled environment to discuss issues. He has a particular interest in assisting related parties who are in business together or associated with each other in a family business to deal with relationship, planning, management and succession issues. 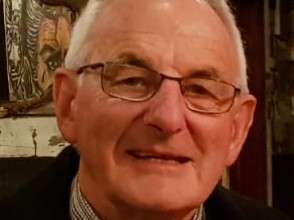