Arb-Med is a hybrid dispute resolution process that combines the benefits of arbitration and mediation, including: speed, procedural flexibility, confidentiality, choice of decision maker, ease of access to the tribunal, continuity, finality, and enforceability of the outcome.

The primary objective of Arb-Med is the informed good faith negotiation and settlement of the dispute by the parties, with the initial assistance and efficiency of the Arbitral Tribunal’s information gathering powers, in the context of a formal arbitration process that will immediately resume if the mediation that follows is not successful.

The FDR Centre has developed Arb-Med Rules for the resolution of Family Law Disputes that are robust and certain, yet innovative in their commonsense approach to the challenge of combining arbitration and mediation in a single unified process that ensures the principles of natural justice are observed and a just, final, and binding decision is made.

The advantage of this approach is that, unlike a Settlement Agreement which must be enforced as a contract where there is a subsequent breach, an arbitrator’s award may be enforced by entry as a judgment in the High Court, or by action, and enforced in terms of the award. The process is relatively simple and straightforward.

If, following the mediation a party withdraws its consent to the arbitrator who was acting as mediator continuing to hear and determine the dispute, a replacement arbitrator will be appointed by the FDR Centre. 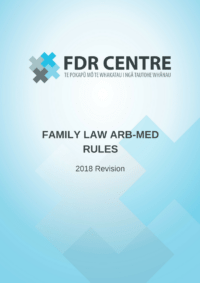 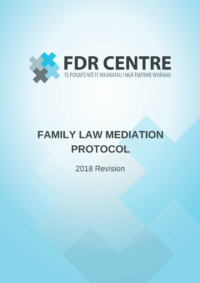