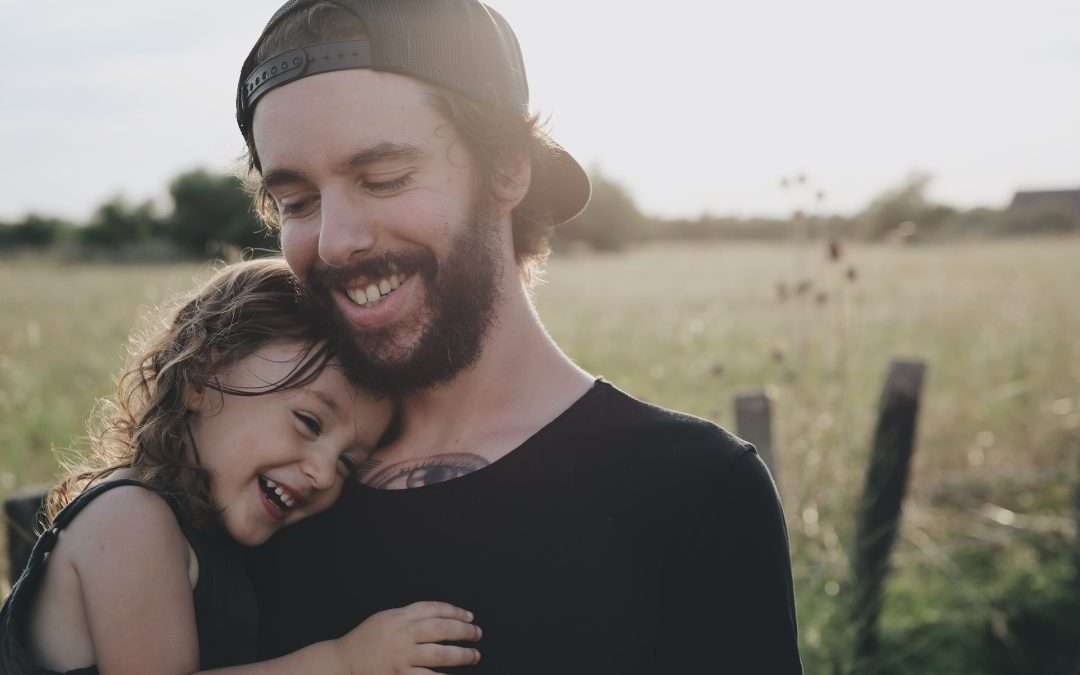 A child’s right to participate in family dispute proceedings is recognised in the UN Convention on the Rights of the Child and has been given effect to in legislation such as the Care of Children Act 2004 (COCA). The recently passed Family Court (Supporting Children in Court) Legislation Act 2021 reinforces NZ’s commitment to the principle, amending COCA and the Family Disputes Resolution Act 2013 (FDRA) to refer to the child’s right to participate at both the court and FDR mediation stages of dispute resolution.

But what does that right look like in practice?

Formal dispute resolution processes can be tricky even for adults to understand. These difficulties are only compounded when dealing with children, who range from pre-vocal babies and infants right through to those on the cusp of adulthood.

Those at the older end of the range are typically able to speak for themselves and communicate their wants and needs – as anyone who has teenagers in the house will attest to. But the younger a child is, the more difficulty they will have in identifying their needs or articulating them to others.

To bridge this gap, most jurisdictions allow for the appointment of a representative of the child. In New Zealand, that role is performed in court proceedings by a Lawyer for Child. The Lawyer for Child has the usual legal duties to their client (the child, or children, involved in the dispute), together with obligations imposed on the role itself (whether by law, best practice guidelines, or code of conduct). A court-appointed role, a Lawyer for Child is frequently appointed in proceedings relating to the care and contact of children.

However, dispute resolution doesn’t just occur in court: many people take advantage of FDR mediation. Indeed, the COCA makes FDR mediation a mandatory step before court proceedings relating to parenting and guardianship disputes can commence.[1] In FDR mediation, the child’s representative might be known as a Child Inclusion Specialist or simply as the Voice of the Child (VoC).

Although the nature of the dispute is the same, unlike its court-based counterpart the VoC specialist is largely under-utilised in FDR Mediation. For service providers like us at FDR Centre, we see this as a serious missed opportunity.

“I already know what my child wants”

The most common misconception is that the VoC specialist will simply ask a child what they want and then repeat that back to the parents. “I already know what my child wants”, a parent might say. “Why would I stress them with meeting a stranger?”

We asked Mary Ferguson for her views. A child and family psychotherapist, Mary has a passion for working with children and a particular interest in babies and infants. Her initial response was simple: “I’d never simply ask a child what they want.” Instead, she draws on her extensive knowledge of child development and family relationships to help draw out the needs of a child and communicate and advocate for solutions that will best meet those needs.

For Mary, the child’s age and stage of development are crucial in how she will approach her role. “Teenagers often vote with their feet,” she explains. So for teens, her role may be more about helping the parents work through their own fears or concerns about losing a close relationship, to support the young person in the choices they have made. By contrast, babies are in the most need of an advocate. “Some people think that there’s no need for babies to have a voice or say in what they want. But the opposite is true.” Babies and pre-schoolers depend on adults for all of their needs, and the family’s relationship with their young children is fundamental to their future well being. Mary will take into account the child’s temperament and the strengths and difficulties in their family relationships, and work collaboratively with the parents, lawyers, mediator, and FDR mediator to help develop a care plan that really reflects the child’s best interests.

Interestingly, Mary finds that the 4-6 year old age group can be the trickiest in some ways: “I usually meet with the child in person – although COVID has affected that, and online meetings might occur for older children who are able to sit and discuss matters head-on. But children around that age are at a tricky point in their development. Great care should be taken. In many cases, I may choose not to meet with this age group at all unless it is in person.”

“Sibling dynamics are important too,” she reminded us. Mary will frequently interview the children first separately and then together, as siblings often have wants as a collective group as well as individual needs. The loyalty binds should also not be underestimated. “You know what your child wants you to think they want,” Mary might gently advise a parent.

Unlike its statutory counterpart of Lawyer for Child, the VoC role is not recognised in legislation (although it is referred to in operational standards). The closest it has come to recognition is in the 2021 Amendment Act, which amends the FDRA to put a statutory duty on FDR providers to “ensure that the children who are the subject of the dispute are given any reasonable opportunities to participate in the decisions affecting them that the FDR provider considers appropriate”.

As a result, the VoC role is largely a creation of contract, set up and scoped by the FDR suppliers and providers.

The service is available as part of the government-funded FDR mediation service. But different FDR suppliers adopt different processes, ranging from a simple questionnaire through to in-person contact with all the parties involved. The FDR Centre adopts a collaborative and in-person model. Director John Green explained: “FDR Centre sees huge value in the Voice of the Child role. We really encourage people to use it. Where parents understand the impact their separation/relationship is having on their child, they are more likely to make better decisions that best meet the needs and interests of the child.” Once an agreement to appoint a VoC is signed, the VoC specialist works with the parents, child, lawyers and mediator to identify what will work best. There’s no one size fits all model, but most specialists will meet with both child and parents and also attend a mediation session. In some cases, the VoC will meet with the child again after the mediation to ensure the child understands their voice was heard and listened to, particularly where the care plan may not reflect the child’s wishes.

Rochelle Crossman has acted as both Lawyer for Child and Voice of the Child, and sees the roles as very similar. “I think of the Voice of the Child role almost as a mini-Lawyer for Child role,” she explained. The Voice of the Child role is “short and sweet,” representing and advocating for a child during the mediation process. The Lawyer for Child role can be more drawn-out, with some court proceedings taking years to resolve. But in either case, the skillset and processes she draws on are the same. “My first contact is usually with the parents, introducing myself and explaining the role. I then meet with the child at a suitable location – home or school are the most common – typically adopting a ‘play-based’ method of discussion. The way I give feedback to the parents and mediator when providing VoC services depends on what the mediator requests. But generally I’ll attend a mediation and provide my comments then.”

Although her role is to advocate for the child, Rochelle noted that it’s not an adversarial role. Mary similarly views her role as a fundamentally collaborative one, working with the parents, child, lawyers and mediator to achieve an outcome that best works for the child. “We’re a team,” she says.

Advocating for the advocates

One of the biggest barriers to use of the VoC service is that – just like mediation itself – it is entirely optional. All parents need to give consent before the service can be used.

This is where the family lawyer can step in. Parties to a dispute can lose sight of the fact that a parenting or guardianship dispute is fundamentally about the child’s needs. Parents may fear the loss of control, or the influence of the other parent. A particular anxiety can arise if the child lives with one parent and the VoC specialist is interviewing the child in that home. Others see the VoC process as a chance to power grab, gathering an ally to their side or withholding consent to position themselves over the parent who wants that ally. A family lawyer can help ease some of these concerns, introducing the concept of VoC early and emphasising the collaborative learning and child-centred process and outcomes that can flow from it.

There can also be concerns that the VoC specialist does not produce a “report” at the end of the mediation. This is in stark contrast with the Lawyer for Child, whose regular reports are provided to both the court and parties to the proceedings. This concern is perhaps tied to the overall concern around the efficacy of mediation – because the care plan that comes out of mediation is not legally enforceable, some view mediation as a stepping-stone process that must be done on the way to court. This is a misunderstanding of the mediation process. Mediation is not a step on the way to court but the first and best chance of resolving the dispute early. Mediated agreements are not binding because of their legal effect but because of the parties’ buy-in that the mediation process can get.

Moreover, a mediation agreement can only ever be “for now” – things change, and parenting and care plans need to be adjusted to suit changes in needs and circumstances. They cannot and should not be seen as “cast in stone” for all time. If you can involve a VoC specialist early enough, the care plan is even more likely to be “fit for purpose” and therefore effective.

There can also be some unexpected benefits from appointing a VoC specialist. If your specialist is legally qualified, they may be able to go on and act as Lawyer for Child if the dispute does end up in court. This creates a great opportunity to ensure consistency of relationships, allowing the child to build a rapport with their advocate that can build and develop over time. Specialists who are clinically trained can provide incredibly valuable insights into child development. And (for those who can afford it or can obtain community funding) they may also continue working with the child and their family to build on the great start made during the FDR mediation process.

By Kaye Penney and Belinda Green.

[1] There are exceptions to the mandatory nature of family dispute resolution. 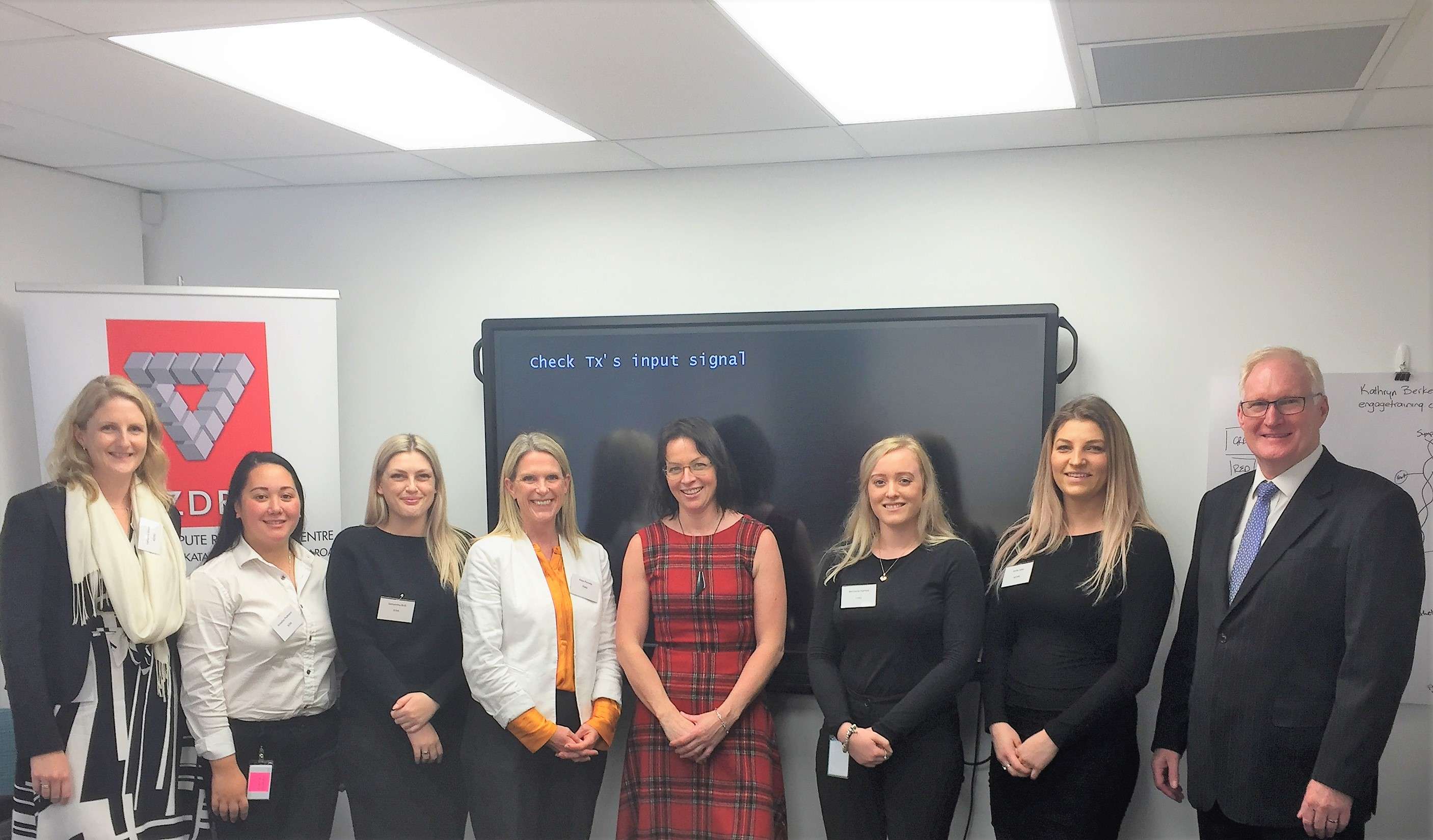